The Damerel Belles is a small ensemble of women who either sing in Collati or have sung with Trefor in various other choirs over the years, who meet to do concerts on an occasional basis. Their repertoire includes a mixture of classical and lighter arrangements. Members come from Plymouth, Dartmouth, Kingsbridge, Ivybridge and Buckfastleigh. The name The Damerel Belles originated since their rehearsals in Stoke Damerel Church in Plymouth were often 'complemented' by the bell ringers rehearsing on the same evening, and prompted a change of rehearsal venue! 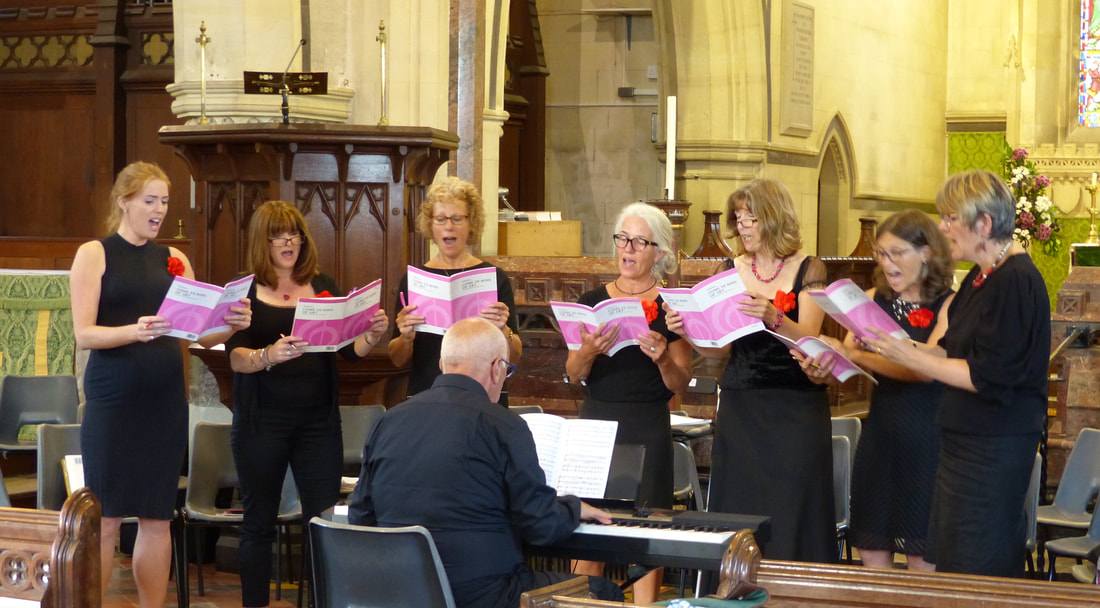 A programme of classical and light music for women's voices, accompanied and directed by Trefor Farrow. 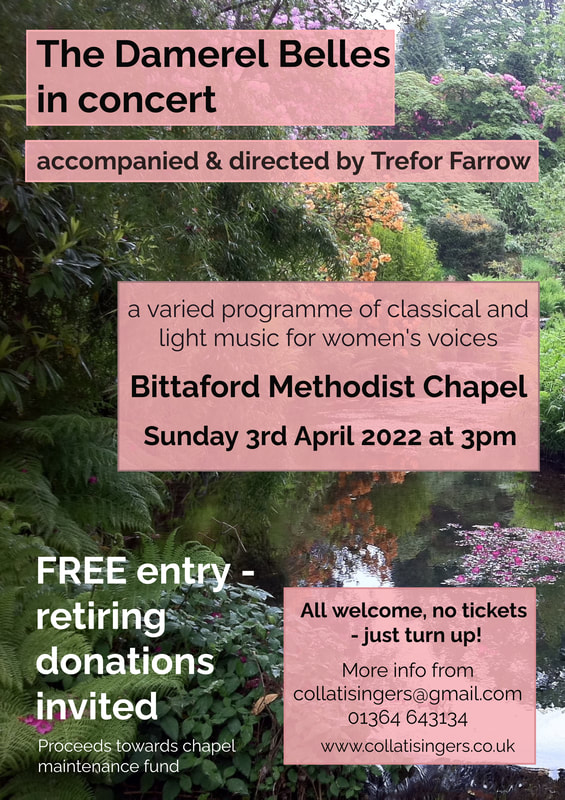 "...the best rendition I've ever heard of Ceremony of Carols!"

"I do feel the highlight for me was the performance of you and your colleagues in the Damerel Belles - at times the singing was quite ethereal and touched with grace. Thank you."

Saturday 11th May 2019 in St Andrew's Church, Ashburton at 7.30pm, as part of the second Ashburton Choirs Festival (non-competitive!) when The Damerel Belles performed in the first half of the concert, with the second half featuring The Big Noise Chorus. In this concert The Damerel Belles were conducted from the piano by Trefor Farrow and sung a programme drawn from both the classical and lighter genres, including pieces by Purcell and Willcox alongside some classic jazz standards, ending with a performance of 'Jazz Songs of Innocence' by Bob Chilcott, a setting of five poems by William Blake. 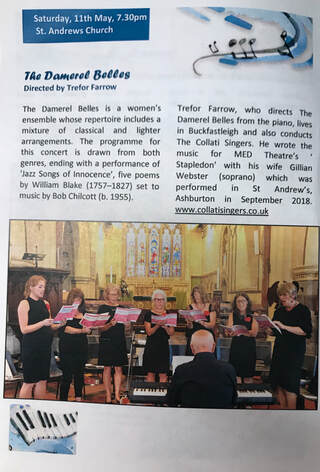